Trump ousts Tillerson, will replace him as secretary of state with CIA chief Pompeo 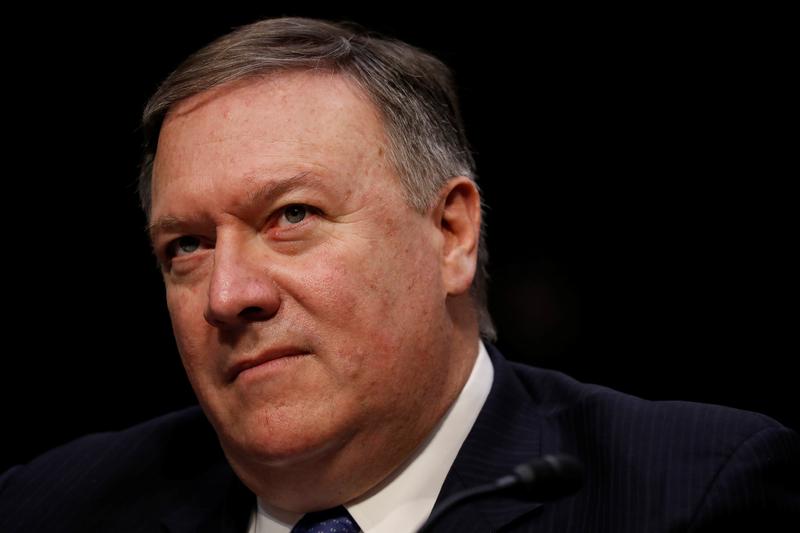 The Latest: Key vacancies at the top at State Department

As the White House stated in a November 16, press statement, the United States is taking concrete steps to respond to the Cambodian government’s actions that have undermined the country’s progress in advancing democracy and respect for human rights. These actions—which run counter to the Paris Peace Agreements of 1991 that ended a tragic conflict and accorded the Cambodian people democratic rights—include the dissolution of the main opposition political party and banning of its leaders from electoral politics, imprisonment of opposition leader Kem Sokha, restriction of civil society, and suppression of independent media.

In direct response to the Cambodian government’s series of anti-democratic actions, we announce the Secretary of State will restrict entry into the United States of those individuals involved in undermining democracy in Cambodia. In certain circumstances, family members of those individuals will also be subject to visa restrictions.

We call on the Cambodian government to reverse course by reinstating the political opposition, releasing Kem Sokha, and allowing civil society and media to resume their constitutionally protected activities. Such actions could lead to a lifting of these travel restrictions and increase the potential for Cambodia’s 2018 electoral process to regain legitimacy.

We will continue to monitor the situation and take additional steps as necessary, while maintaining our close and enduring ties with the people of Cambodia. 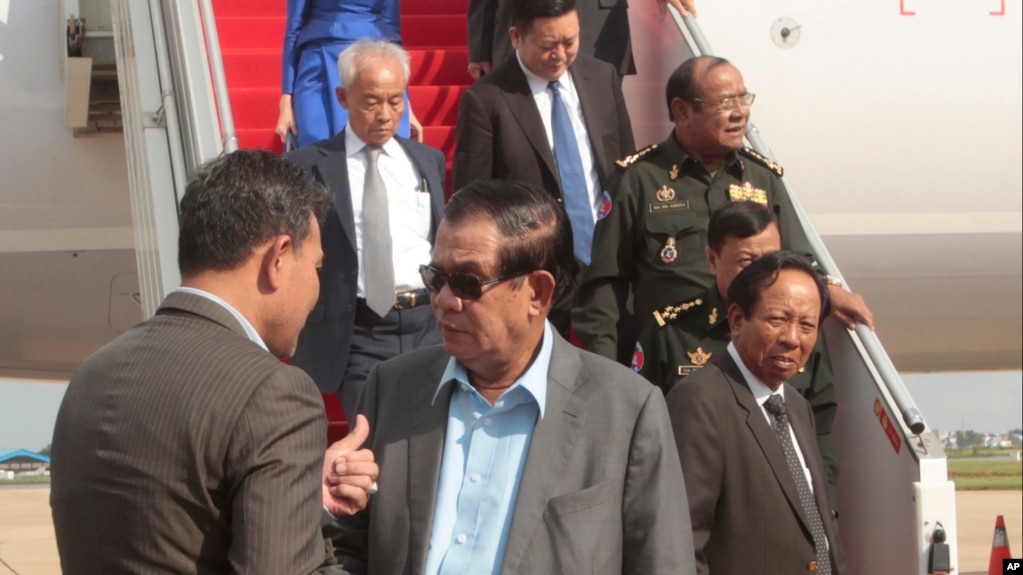 U.S. to deny visas to Cambodian officials over opposition crackdown 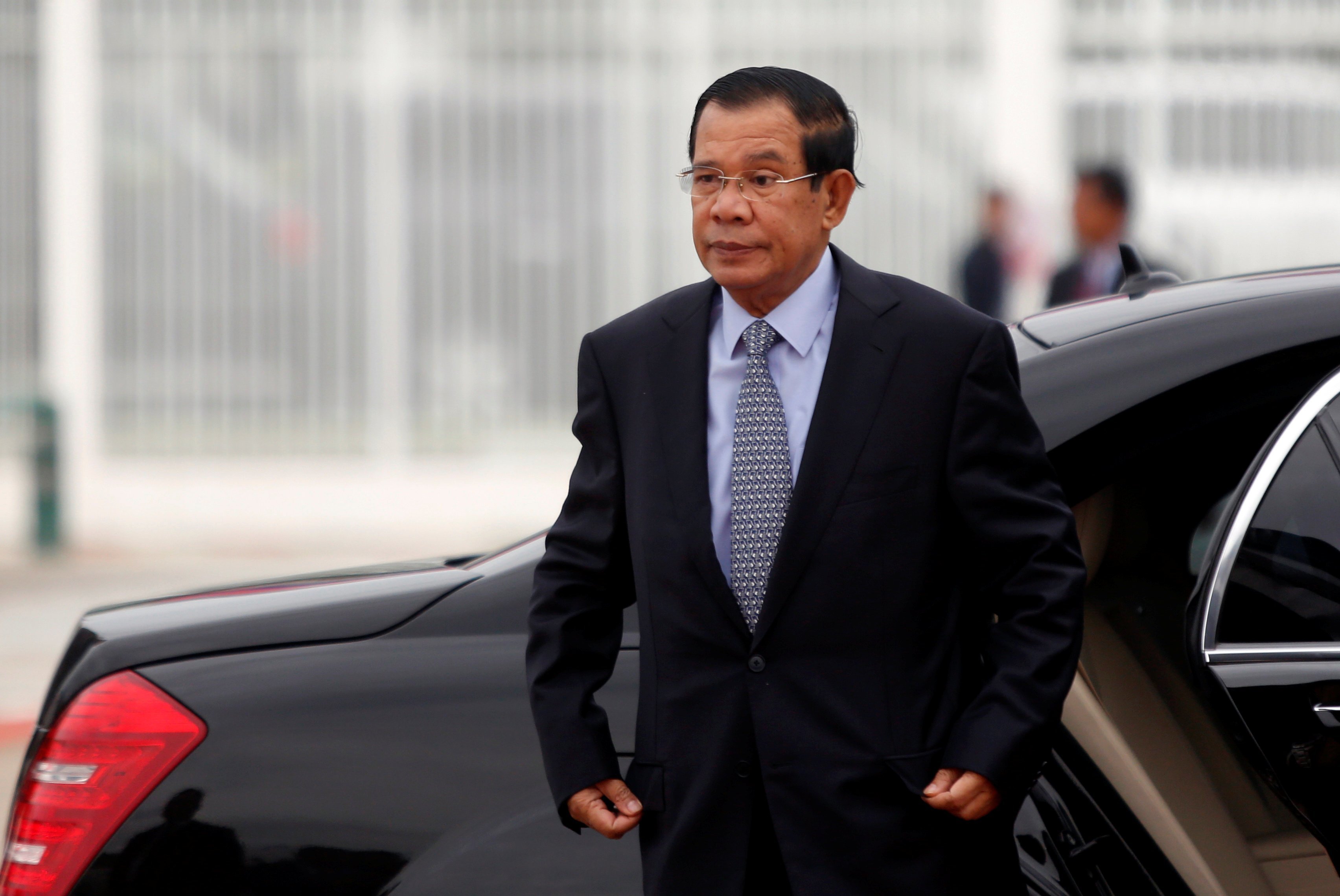 US to issue visa sanctions against Cambodian officials ‘undermining democracy’

We are deeply concerned by the National Assembly’s passage of amendments to Cambodia’s Election Law today. If ratified, these amendments, in conjunction with the lawsuit by the Cambodian Ministry of Interior to dissolve the Cambodia National Rescue Party (CNRP), would effectively disenfranchise the millions of people who voted for the CNRP in the 2013 and 2017 elections.

Genuine competition is essential to democracy and to the legitimacy of the 2018 national elections. History proves that suppressing legitimate political activity leads to more long-term instability, rather than less. We urge government officials to consider the serious implications of their recent actions.

We renew our call that the leader of the CNRP—Kem Sokha—be released from prison. The United States Withdraws From UNESCO 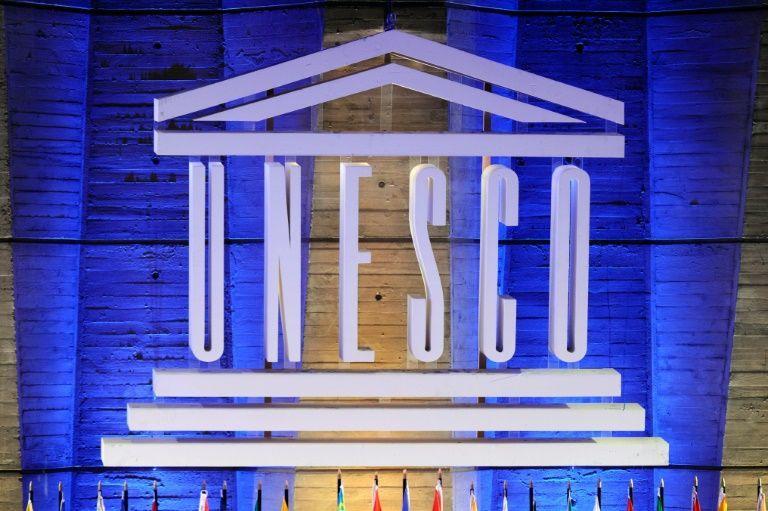 We note with grave concern the Cambodian government’s arrest of Kem Sokha, respected leader of the political opposition, on a number of charges that appear to be politically motivated. Kem Sokha has a long, distinguished, and internationally recognized commitment to human rights and peaceful democracy.

This government move follows a number of troubling recent steps, including the imposition of unprecedented restrictions on independent media and civil society. These measures undercut Cambodia’s progress in recent decades and raise serious questions about the government’s ability to organize credible national elections in 2018 which produce an outcome that enjoys democratic legitimacy.

Sur la syrie : Yes, our position continues to be that we see no long-term role for the Assad family or the Assad regime 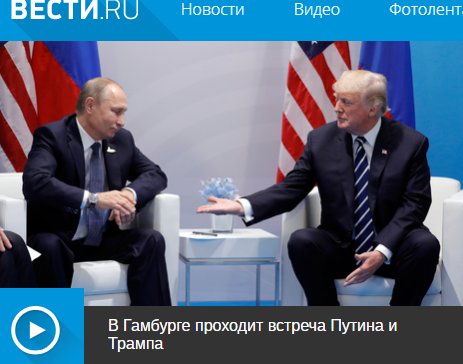 Trump says he had a ‘tremendous meeting’ with Putin

The U.S. side is ready to develop relations with China based on the principle of no conflict, no confrontation, mutual respect and win-win cooperation, said Tillerson.

“You said that China-U.S. relations can only be friendly. I express my appreciation for this,” Xi said.

“We both believe that China-U.S. cooperation henceforth is the direction we are both striving for. We are both expecting a new era for constructive development,” Xi said.

“We know that through further dialogue we will achieve a greater understanding that will lead to a strengthened, strengthening of the ties between China and the United States and set the tone for our future relationship of cooperation.” 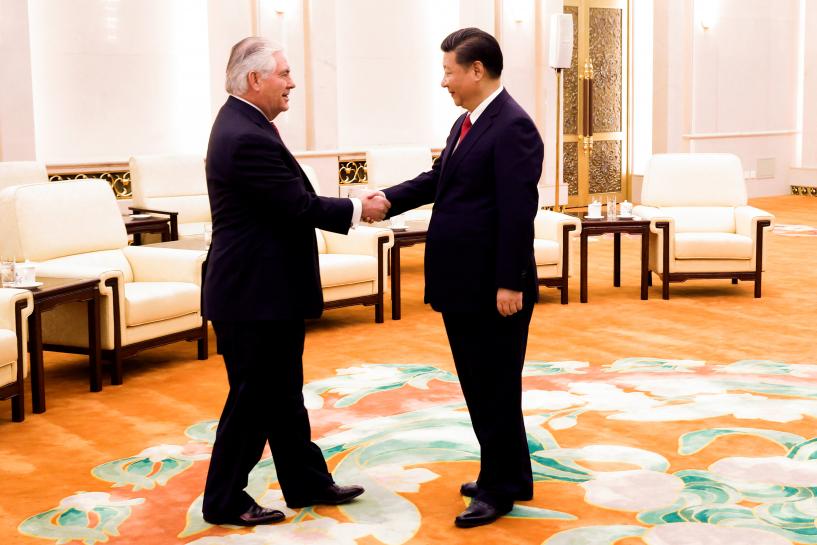 President Xi Jinping met here Sunday with visiting U.S. Secretary of State Rex Tillerson, saying that cooperation is the only correct choice for both countries.

Tillerson said President Trump valued communication with President Xi, and looked forward to meeting Xi and the opportunity for a visit to China.

The U.S. side is ready to develop relations with China based on the principle of no conflict, no confrontation, mutual respect and win-win cooperation, said Tillerson. It is important that the leaders of our two countries engage in further dialogue to develop a common understanding that will guide our relationship for the next half-century.

and we must both promote stability and growth

And I made clear that the United States will continue to advocate for universal values such as human rights and religious freedom.

U.S. will continue to advocate for universal values such as human rights & religious freedom 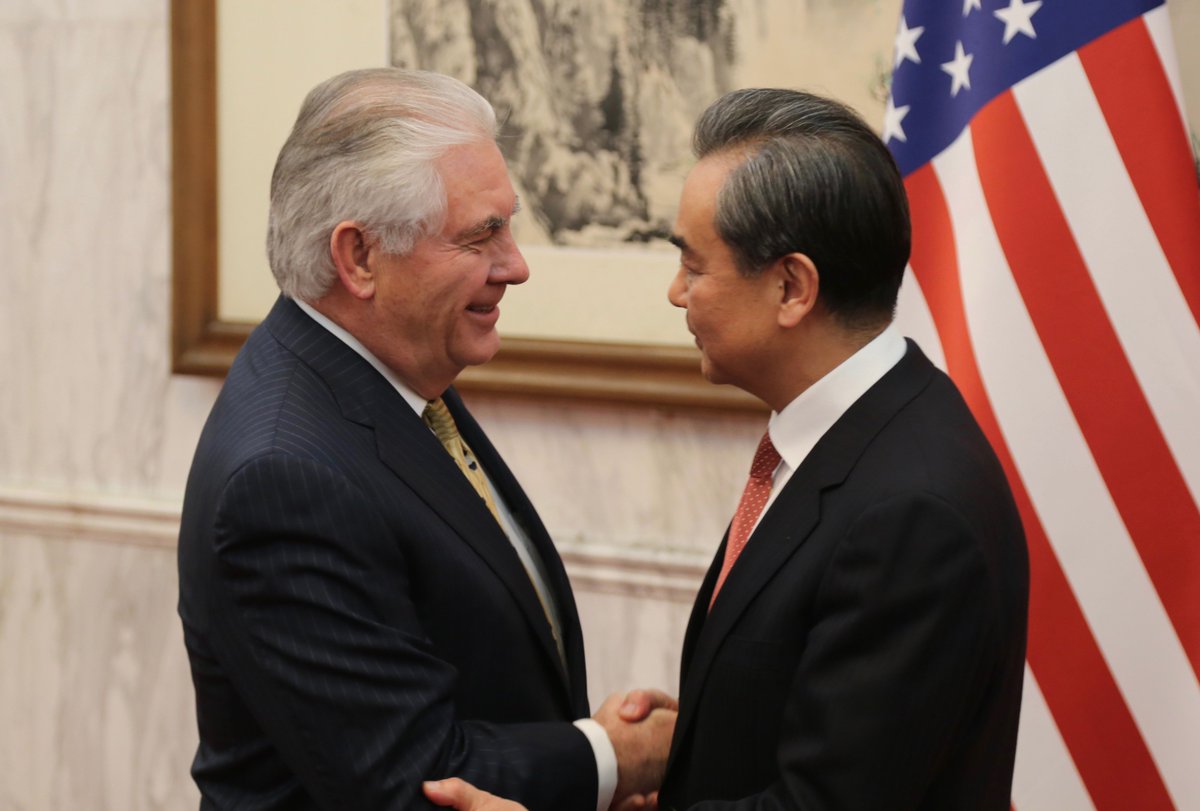